Since her 2021 NYC move, she launched her own media company, Marisa Media, LLC, and began writing full-time for PEOPLE.com, also covering premieres for the brand in NYC. Determined to get back on stage, the actress even scored a lead role in an Off-Off Broadway show her very first audition here in Manhattan, which she finished in October. 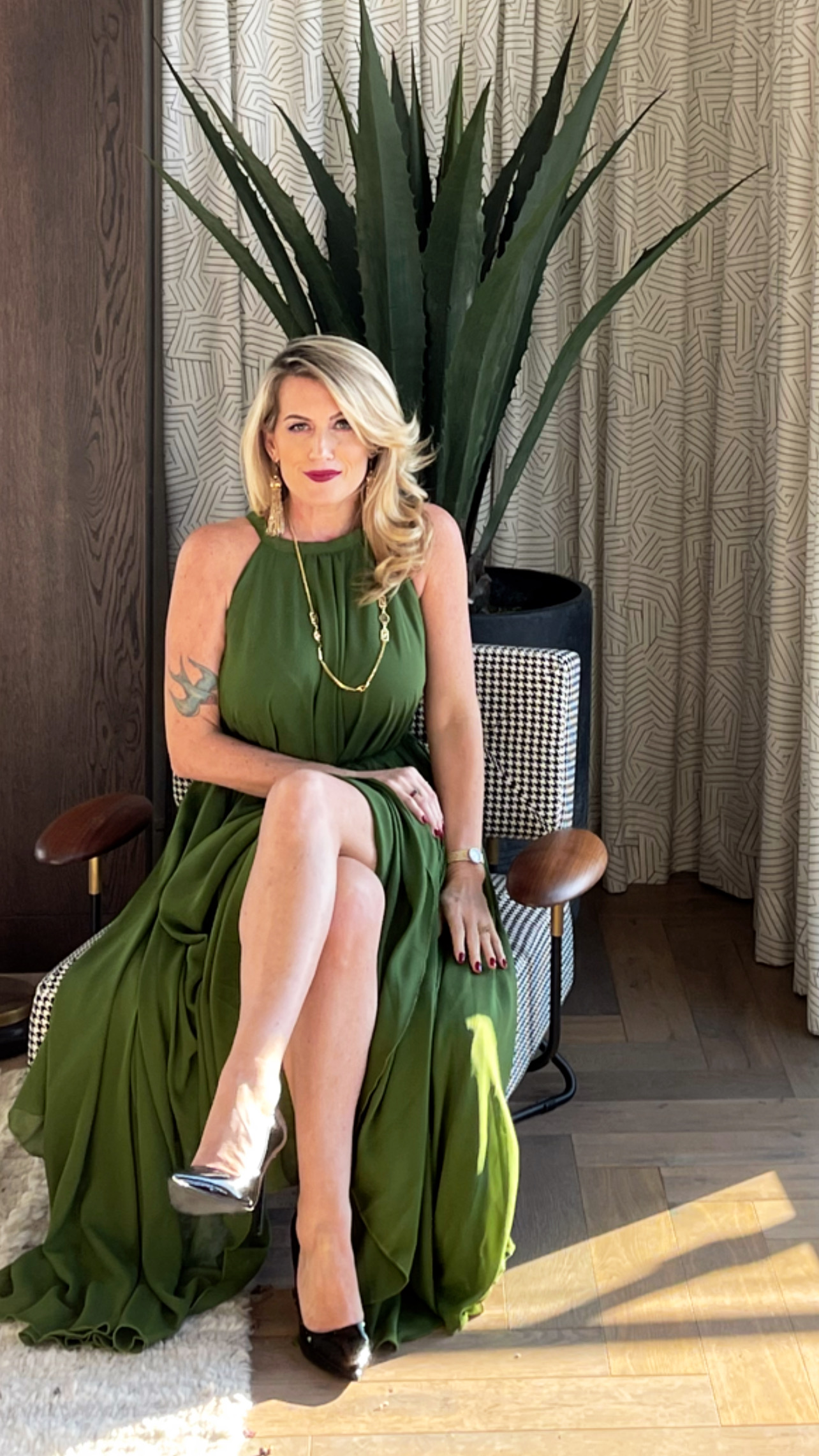 Originally from Chicago, the spunky free spirit headed to Los Angeles after finishing her studies at University of Iowa on a theater and French program abroad in Cannes, where she attended her first red carpet at the prestigious film festival.

After 20 years of building a solid media and entertainment career in L.A., she then headed to the east coast after beating breast cancer during the pandemic and expanded to health and wellness work, hosting an online video series on mental and sexual health, and writing for the cancer community. She continues to mentor cancer survivors while navigating her new normal, which is thankfully, what she believes to be the best version of herself.

While in L.A., Sullivan predominantly worked as an entertainment journalist, her longest run for Us Weekly as a Senior staffer: breaking news, lining up exclusives and interviewing talent on-camera for the Oscars, Golden Globes, Emmys and Grammys carpets to name a few. She covered the 2017 MTV VMAs for Variety magazine and she graced the TMZ newsroom in 2017 as a Senior Producer, covering global news stories like the tragic Manchester bombing.

Prior to her run at Us Weekly, Sullivan worked for Bauer Media (In Touch Weekly and Life & Style magazines) as a Senior Reporter and Assignment Editor, climbing up quickly from an entry level position.

The adaptable self-starter has interviewed everyone from Kate Winslet to Meryl Streep throughout her career and has been flown around the world for press events and interviews, her favorite was a trip to Monaco to interview Kevin Hart at a Pokerstars tournament, where she was helicoptered in 007-style from Nice airport. She has also traveled to Panama, Mexico, Vegas, Dallas, Oregon, Chicago and Iowa for ground-reporting and events, including a few Super Bowls and Comic-cons.

On TV, Sullivan served as a correspondent/pop culture expert for the REELZ network’s entertainment news shows, Us Weekly’s Famous Feuds and Broke and Famous, where she has appeared on multiple episodes discussing artists like Johnny Depp, 50 Cent, Axl Rose, Dave Grohl and the late Kurt Cobain.

Not a stranger to REELZ, Sullivan also co-starred in the glamorous docu-series Mansion Hunters on the network. The 9-episode series — which Sullivan also helped cast and produce — revolved around the agency IMAGE LOCATIONS, INC. who represent the swanky mansions used in TV, film and photo shoots. Sullivan, who has worked as a booking agent, location manager and PR Director for the company over the years, has managed countless high profile locations for publications/clients such as Vogue, Vanity Fair and Dior, where she observed many world-renown photographers like Mario Testino and Ellen von Unwerth, who most certainly helped shape Sullivan’s artistic eye.

Sullivan has appeared on many other TV networks, for shows like The Soup on E! and Showtime’s The Real L Word. Marisa even got kicked off of The Howard Stern Show back in the day. Yes, she is the female Hunter S. Thompson … or at least thinks she is!

The one-woman entertainment machine received her first film producer credit on a documentary called Twilight: The Story of Hope which tackles the terrifying reality of human trafficking. The film features music from Faith Evans, Brian McKnight, Matt Goss, Eric Benet and many others who aim to educate people worldwide on this horrific epidemic. Artists like Justin Bieber and Nikki Sixx have lent their support to help promote the film, thanks to Sullivan’s PR finesse.

Sullivan studied Theatre Arts at the U. of Iowa after performing in plays since the age of 13 in the suburbs of Chicago. Her first big TV stint while in college was the MTV’s Wanna Be A VJ contest where she beat out 8,000 hopefuls across the nation to compete and guest host at TRL’s studios in Times Square. After a taste of the Big Apple, she then headed to France to study French and Theatre at the College International de Cannes for six months, where she performed plays in fluent French.

Once she started soaking up the glitz and glamour of the French Riviera during the Cannes Film Festival, it was more than abundantly clear that she could not go back to the Midwest. Her mother gave in to her California dreamin’ and reluctantly bought her a one-way ticket to L.A. With only a $100 bill in her pocket, she set out to make her way in Hollywood without a car, job or home lined up. Sullivan slowly but surely trekked along juggling acting gigs and bar jobs while living in West Hollywood. She completed the Meisner program at the Baron/Brown Studio in Santa Monica and has been expanding her entertainment career ever since (thankfully no longer on a couch tour).

Sullivan has played everything from a nun to a hooker on the stage and screen. She starred in the award-winning indie feature comedy Come Together and shared an intimate scene with the late legend Peter Fonda in Japan, starring Shane Brolly from Underworld.

Just ahead of the pandemic, Sullivan wrapped up the music flick I’ll Be Around, playing a punk rocker named Rita. Backstage magazine featured Sullivan as their actor of the week in the June 29, 2018 issue, where she discussed landing the role. The indie feature won Best Independent Film at the 2020 Hollywood Reel Independent Film Festival, also nominated for Best Picture along with “Dark Foe” with Selma Blair, the Elijah Wood-produced Daniel Isn’t Real and The Lighthouse with Willem Dafoe and Robert Pattinson, which won an Oscar. Additionally, I’ll Be Around was a selection at the 21st San Francisco Independent Film Festival.

On stage in L.A., Sullivan joined the 2020 season cast of TMI Hollywood, a sketch comedy group performing weekly at The Hudson Theatres. She was also nominated that year for Best Lead Actress in a Play for her highly comedic role in The Absurdity of Sex by Paul Storiale, which she performed in late 2019 at the Sherry Theatre in the NoHo Arts District.

In past years, Sullivan has played Madonna in a live music video showcase, Sharon Stone’s role from Casino and she was a lead in the performance art piece to Pink Floyd’s Dark Side of the Moon which received rave reviews in the L.A. Times, with Sullivan having been featured. The stage show went on for years to follow.

For voiceover work, Sullivan played a White House Intern in the animated short Punky Pets: Playing Party Politics which screened at Cannes several years back. She also recently voiced the Marilyn Monroe character “Ava Michaels” (and shrink Dr. Mathers) in the audio courtroom drama, Deliberations: Season 3, a top-rated podcast on Audioboom that was based on the starlet’s death, a fictionalized account of her potential murder.

Marisa Sullivan is a music fanatic, has managed many artists, and when she’s not interviewing legends like Slash at his home, she spends her free time traveling and hobnobbing backstage at rock shows, leaving a memorable impression wherever she may roam.